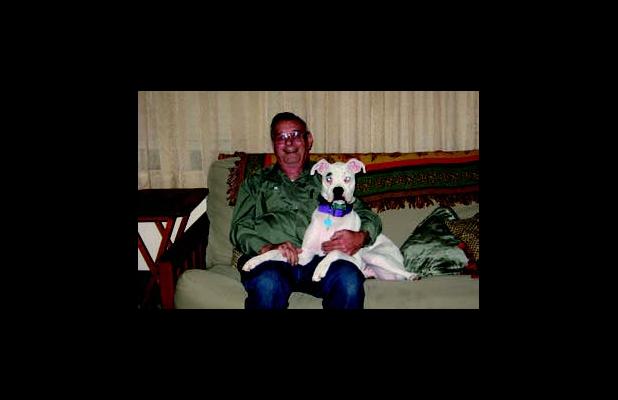 Thomas Ray Frakich passed away, in peace, at his home in Ingleside,Texas on Tuesday, October  25, 2016. Thomas was born on March 13, 1946 to Margaret Lott & Tony Frakich in Corpus Christi, TX. Thomas is preceded in death by both of his parents. Thomas is survived by his loving wife, of 26 years, Connie Frakich. He leaves behind his daughters Denise (Bob) Paine of Big Cabin, OK; Shannon (Orlando) Garza of Ingleside, TX; Lea Stanton of Aransas Pass, TX; Angela (Sean) Anderson of Stafford, VA. Also, his pride and joy, grandchildren Ashley (Christopher) Tatum; Anthony Paine; Joshua (JoAnn) Garza; Kristin Garza; Jeremy Garza; Kyle (Maria) Coggins; Collin (Liz) Coggins; Tyler McGuirt; Aidan Anderson & Asa Anderson. He was blessed to also have great-grandchildren Samuel Garza, Gabriel Garza, Abigail Garza & KyLeigh Coggins. Thomas loved his K-9 kids Sweetie & Mikey, boxers who adored him. Thomas grew up in Aransas Pass & Fredericksburg, TX. He joined the Navy in 1964 as an Airman, specializing as an aviation structural mechanic, until he received an honorable discharge in 1970. His love for naval aviation never ended. He became a volunteer at the Maxine Flournoy 3rd Coast Squadron Museum, where he was a tour guide for the museum 2 days a week, right up until the Saturday before his passing. Thank you to Colonel Pearson and staff for being a special part of his life in the last few years. Thomas will be missed by many, including the friends he made over the nearly 30 years that he worked at Commercial Motors. Since his retirement in 2010, his favorite past time was driving into town every day to visit with his buddies at various business, including Commercial Motors, Fowler’s Lumber, Lowe’s,The Country Store & The Ingleside VFW. There was a memorial service for Thomas, held on October 29, 2016, 11 a.m. at Coastal Bend Family Worship Centerin Aransas Pass, Texas.  The service was officiated by Pastor Aaron Jayne.