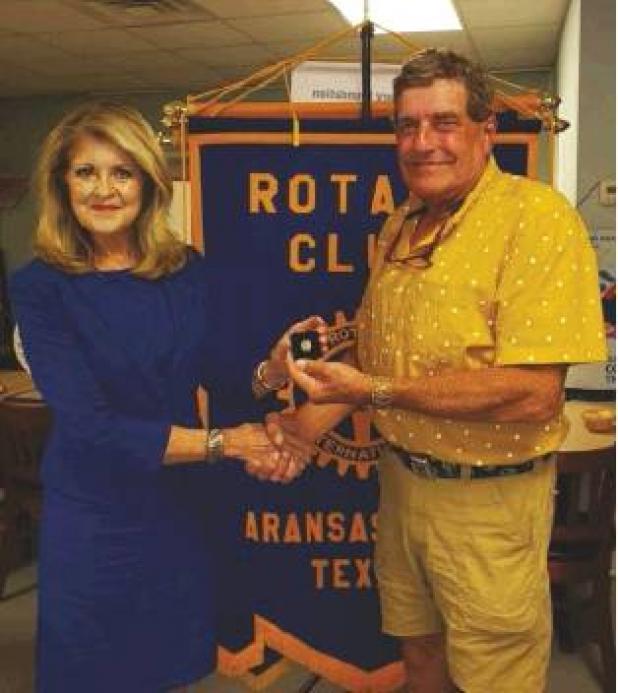 As Andy Hagan, 2018-2019 District Governor Rotary District 5930, completed his term of office, he made a special gift to all Rotary Presidents in District 5930 who served under his term. He presented all with a Paul Harris Fellow Award.

Everyone who donates $1000.00 to the Rotary Foundation, or to whom $1000.00 is donated in their name, becomes a Paul Harris Fellow and is presented with an Award.

The monies donated are used by the Foundation to promote good Health, reduce Hunger and promote Humanity throughout the world.

The 2018-2019 Rotary Club of Aransas Pass President was Robert Branch.

Unfortunately Andy was unable to come to personally present Robert with his Sapphire Paul Harris Pin, so on Monday, September 23, 2019 the presentation was made by 2013-2014 District Governor Maxie Houser.