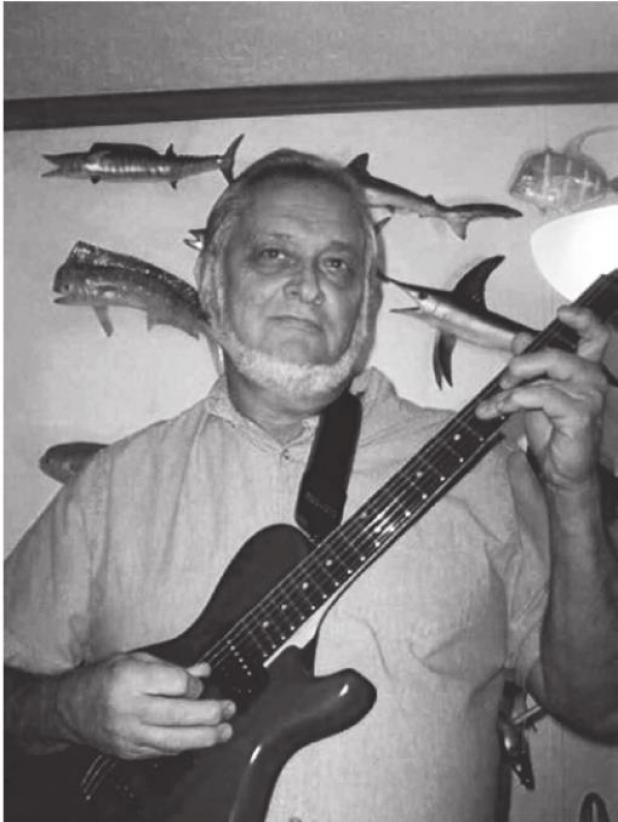 He was pre-deceased by his father, Charles Stephen (Steve) Miller.

He was baptized in the Aransas Pass Church of Christ at the same time as his brother, Charles Miller, when he was about 11.

When he was a senior in high school he had a band, and they placed first in the group category in the school talent show.

He also played the guitar at Friday night gettogethers at his parents’ house for young people in the teen church group.

He liked to play “Wipeout”, “Wheels”, and “I Fell into a Bathtub of Chocolate”.

He was talented in art, taxidermy, writing music, singing and playing the guitar.

He loved everything about Indians and made bows and arrows, spears, arrowheads, guns and knives.

He also made a number of guitars of many different styles. Sometimes he sold these at craft shows.

He liked capturing and raising snakes as a boy, and loved to hunt.

In Deming, New Mexico, he occasionally played the guitar and sang at restaurants.

He also enjoyed gardening and raising chickens and ducks.

He wrote several books and articles published in The Backwoodsman and Primitive Archer.