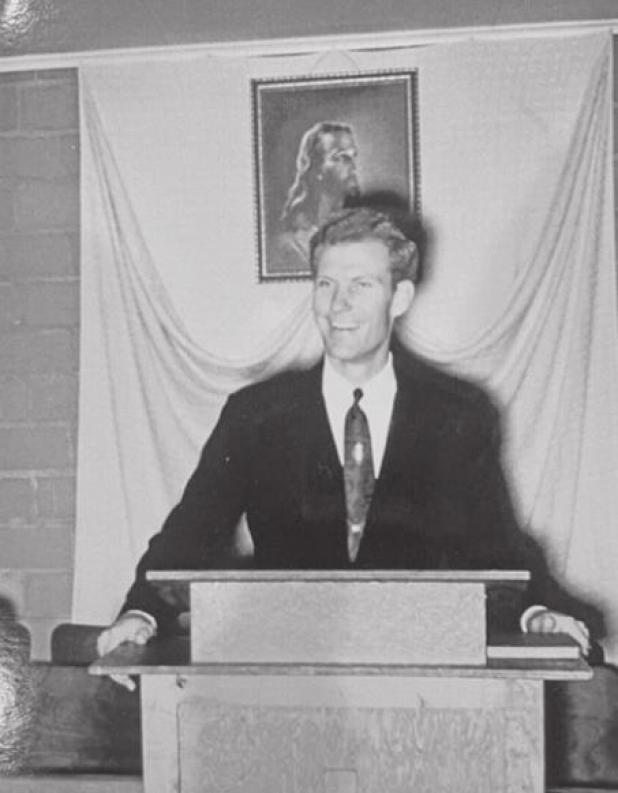 He was preceded in death by his parents Milford and Frances Zirkel of San Antonio and his sister, Doris Zirkel Rohlfs and brother-in-law Dr. Claus Rohlfs also of San Antonio.

Milford attended Paige Jr. High and Breckenridge High School in San Antonio. Graduating a semester early from High School, he then enrolled at Trinity University where he received a bachelor’s degree in history followed by a Master of Divinity in 1954 from Perkins School of Theology at SMU. As a child he loved both hunting with his grandfather, Sid Smith, father, uncles, and cousins at the family ranch near Medina and fishing with friends and family near Rockport along the Texas coast.

Both at home and at church (Travis Park Methodist) Milford was surrounded by loving Christian witnesses who taught him the Scriptures and modeled for him the essence of faithfulness to Christ and His Church. An opportunity to affirm his personal faith occurred at the age of 13 when Zeke attended church camp at Mount Wesley (Kerrville) for the first time. During the week he heard and accepted the Lord’s call to become a Methodist preacher thus setting in motion what would be his lifelong passion and would be fulfilled by an active ministry of over 72 years.

Zeke’s gifts for ministry were affirmed at an early age as he was asked to serve in youth leadership positions on the local, district and conference levels of the Methodist church. While in college he served as president of the Southwest Texas Conference youth and was blessed to attend national youth conventions in Cleveland, Williamsport and Urbana. During the same period, he accepted a “student appointment” to serve as part time pastor of the Methodist church in Whitsett, Texas.

Following his first year of seminary, Zeke accepted the associate pastor’s position at Aldersgate UMC in San Antonio. And though having to travel between Dallas and San Antonio every weekend on the train, his gifts for ministry were further developed under the mentorship of senior pastor Dr. Ralph Seiler.

After graduating from Perkins School of Theology, the summer of 1954 found Zeke assigned to his first full time pastoral appointment, Grace Methodist Church in San Antonio. Membership rapidly grew under his direction and the church soon entered a building campaign to enlarge its facilities. Three years later he moved across town and assumed the pastorate at Coker Methodist Church. While ministering to the local community, his leadership with youth ministry on the Conference level never waned. Consequently, in the summer of 1958 while serving as a leader/teacher at Mount Wesley he met his beloved sweetheart, Jeannie Carlson at Mount Wesley. The two were married the following summer and thus began a marriage and shared ministry lasting 63 years. Subsequent pastorates included Methodist congregations in Fredericksburg, Palacios, Aransas Pass, Marble Falls, Kerrville, Alice, Gonzales, Brady and Pearsall. Though officially retiring in 1997, the concept was completely foreign to him, and he continued to serve in Christ’s church for another 25 years in the communities of Castroville, Goliad, Woodsboro, Crystal City, Dilley and Aransas Pass.

Though difficult to describe in a few words, Zeke’s ministry in the local church was characterized by a marvelous combination of a relational spirit, a passion for sound preaching and a desire to share the faith with the next generation through creative ministries with children and youth. As such, he believed in and practiced regular pastoral visitation in homes, hospitals, nursing homes and wherever he met parishioners or strangers. Whatever the need, Zeke wanted to be present to offer words of hope and assurance in times of joy and crisis. No example illustrates this desire more than when in 1970, Hurricane Celia destroyed the local Aransas Pass hospital, he enabled the church’s facilities to be used as a provisional hospital during which time 86 babies were born.

Because of his passion for preaching and teaching, Zeke was forever the student himself and dedicated countless hours every week to sermon preparation and Bible study. This hunger for knowledge however, extended beyond his pastoral responsibilities as he sought to develop insight into a multitude of disciplines through graduate level courses on DVDs. And given his desire to reach the next generation with the Gospel of Christ, his creative mind was ever attentive to how best to achieve that end. Sometimes it meant recruiting youth directors and volunteer youth workers from within the congregation. Other times it meant either sending children and youth to camp or in conjunction with other pastors, developing a retreat/church camp for the local youth. (Often using the family Medina ranch as a retreat center as his parents before him had done.) Zeke often incorporated programs from beyond the Methodist Church to achieve this goal as exemplified by his implementation and leadership on a national level of the midweek children’s program formally known as “Youth Club or Logos.”

Though ministry was his beloved vocation, it was only exceeded by his love for family. Popo (as known to his ten grandchildren) was a cherished husband, loving father and amazing grandfather. He so enjoyed sharing his passions for hunting and fishing with his children and grandchildren and taught many of them the same lessons his father and grandfather had shared with him. Whenever possible he attended family football and basketball games, track meets and tennis tournaments, choir concerts and every type of graduation imaginable. He also loved to travel with family on vacation, often to Colorado where he was forever amazed at the majesty of God’s creation. Zeke had a love for watching plants (and especially trees) grow and nurtured them with great care and oversight. And though we will miss him, we know he has planted in his family and countless others the seeds of Christ’s love through his faithful and fruitful life and anticipate a perpetual harvest of what he first planted.

In lieu of flowers the family requests that all memorials be used to support the Methodist Children’s Home of Costa Rica through the Communities Foundation of Texas. Gifts can be made online at: www.childrenshomesupport.com or checks can be sent to Methodist Children’s Home of Costa Rica, 5500 Caruth Haven Lane, Dallas, Texas 75225. You are invited to sign the Guestbook at www. porterloring.com.