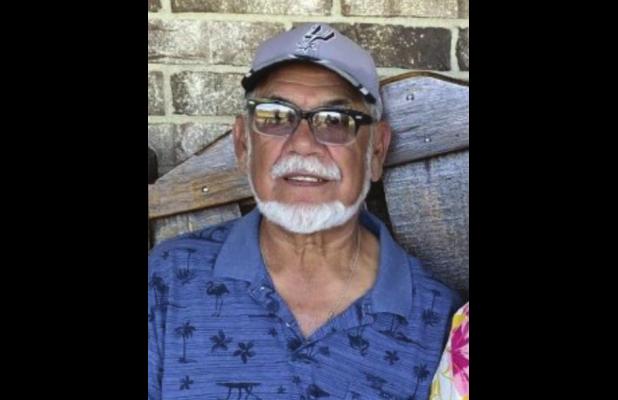 Manuel G. Moreno Sr. went to be with the Lord October 4, 2020 after a brief illness. He was born May 27, 1950 in Corpus Christi, Texas to Alfonso G. Moreno and Tomasa Vasquez Moreno. He was a lifelong resident of Aransas Pass and graduated from Aransas Pass High School. He was a Gulf Shrimper for 28 years. He was Captain for Yeamans Trawlers for several of those years. Following his Shrimping career he began working for Kiewit Offshore Services as a Forklift Operator. He worked there for 18 years until retiring March of this year. Known to be the first one to arrive at work and having a strong work ethic, affectionately nicknamed, “Old Dawg” by his co-workers. Manuel was a devout Christian his entire life and was a member of BT Church Alice. He loved attending services, especially when all of his family could be with him. When asked what he wanted for Father’s Day, his reply was “the entire family to attend church together”. He will be remembered by all as a devoted husband, father, grandfather, brother and uncle. Pastimes included attending sporting events for his children, 17 grandchildren and watching the Dallas Cowboys.

Expressions of sympathy may be made by memorial contributions to The Team Zeke Cancer fund through PayPal: Joe Ortiz @TeamZeke361

Condolences may be offered at: www.charliemarshallfuneralhomes.com