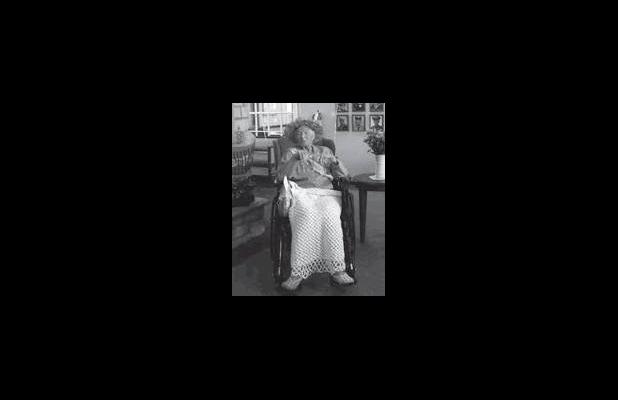 She was preceded in death by her parents, Ruth Ann Luce and Neuberto Dezzex Ezell Revel; and by her brothers: Luther, J.D., Nathan, and Rudolf; her first husband, Jeffrey Franklin and his six children: Laura, Jimmy, Gigi, Mae, George and Ruth; and by her second husband, Fremont Johnson.

She is survived by Fremont’s children, Heather (Charles) Miller and Paul (Pam) Johnson; by Heather’s children, Darlene (Christopher) Rogers and Charlotte (Jesse) Prestridge; by Charlotte’s children, Lillie, Will and Emilee; and by Paul’s daughter Ruth (Mark) Johnson, and her sons, Liam and Owen.

Jane spent her childhood years working in cotton fields and picking vegetables, and graduated from Latexo High School as salutatorian, but was unable to go on to college, because boll weevils got her father’s cotton crop that year. She held a variety of office jobs, then married Jeff Franklin and accompanied him on numerous building projects, doing payroll and secretarial work.

He died in 1971 and she worked at Reynold’s Aluminum Plant in Gregory for a number of years as mail clerk and switchboard operator. She was active in Eastern Star, became a Master Gardener, volunteered at the Botanical Gardens, and was the Editor of the Coastal Bend Genealogical Society.

In 1979 she married Fremont Johnson and helped to manage Biography Press in Aransas Pass.

In 1980 she and Fremont traveled through Europe to 24 countries. They managed several rental properties in Aransas Pass. Jane became active in the Aransas Pass Rotary Club, TOPS in Ingleside, and the H2U volunteer group making things for patients with Doctors’ Regional Hospital in Corpus Christi. She crocheted hats and donated them to patients going through chemotherapy. Jane spent years researching her family genealogy and networking with other genealogists. She loved telling jokes and funny stories.

After becoming diabetic in her 90s, she developed a Key Lime Pie recipe for diabetics which was published in the American Diabetes Association national magazine. Jane published two books: Wrong Way Whoopy, Whooping Cranes: A Whimsical History, and Your Guide For Coastal Bend Living.

Jane was still living alone and driving at age 101, but in March of 2018 she had a house fire and began living at Northshore Independent Living in Portland, Texas, where she made many friends among the staff and residents. In February 2019 she was chosen as Valentine Queen there. In September of 2019 after several surgeries, she was admitted to Gulf Pointe Plaza in Rockport, where she again made many friends among the staff. Her diabetes led to poor circulation in her feet, and she was placed under the care of Harbor Hospice December 26, 2019.

Jane donated her body to the University of Texas Health Science Center in San Antonio. The memorial service will be held at the Aransas Pass Church of Christ, 962 S. Houston St. at 2 p.m. Saturday, January 11, with Donnie D’Herde officiating.

Online condolences may be left at www.charliemarshallfuneralhomes.com Arrangements entrusted to: Charlie Marshall Funeral Homes and Crematory