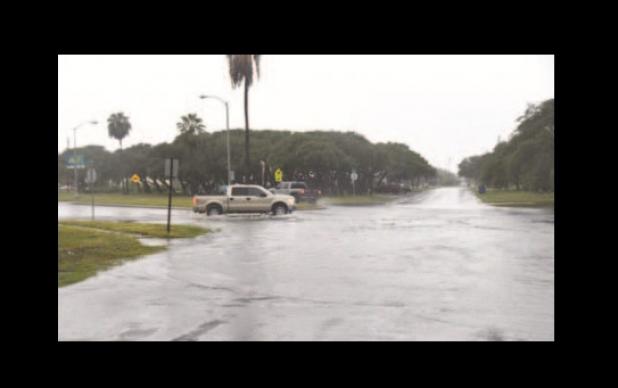 On Aug. 30, Aransas Pass received several inches of rain for the first time since the flooding back in May. The rainfall did not fall as much in such a short amount of time like the May flooding. However, the waters seemed to runoff quicker, and the community was more informed.

City Manager Sylvia Carrillo shared after the May flooding several conversations took place to figure out ways to help prevent major flooding again. One of the things discussed involved getting information out to the public quicker. The first Facebook update was posted at 3:28 a.m. informing residents the pumps were running and all roads were passable. Updates were posted about every 30 minutes about how the roads were with the rain fall.

Community Enrichment Director Sara Lee becomes the public information officer in such events organizing the information coming in and how the information will be pushed out once received according to Carrillo. The Aransas Pass Police Department Facebook page was also posting road condition updates. “The [Police Department] has a greater following so we push there and then the City's page,” Carrillo said. “Organizations from all around our area have begun to use our page as a guide for their own plans during an event.”

Residents posted and commented about how most of the waters subsided by late morning. Carrillo shared the City has cleaned pitfalls, repaired some major collapses on the north side and cleaned the wastewater treatment plant to make more room since the May flooding. “All small improvements that go a long way,” Carrillo said. “We were also fortunate with low tide.”

Carrillo went on to explain the City has made some additions as well to help with the flood prevention. “Pumps are on hand prior to and any extras already set aside so it may only take a phone call,” Carrillo said. “A new boat for water rescue within the city and low lying areas and also a trailer and supplies has been added.” The City was also fully staffed for the latest heavy rains.

Carrillo said the area still has a lot of work to do including the Euclid ditch and railroad area where most of water dams. Storm out-falls that release into the bay are being found and reopened. One outfall at Wheeler in Conn Brown Harbor was closed off and the gate valve removed at some point with officials not sure why that happened according to Carrillo. “We have begun to address all of these issues,” Carrillo said. “It will take time and will not be complete in the storm season, but we are prioritizing and doing what we can to provide the biggest relief.”