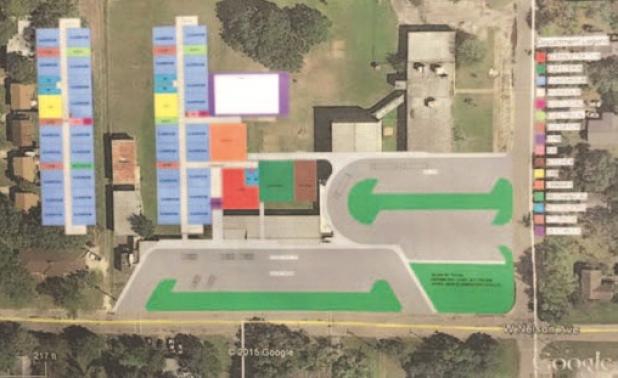 The Aransas Pass Independent School District $17.9 million bond monies are expected to be sold on Aug. 29 according to Superintendent Mark Kemp. Over the past couple of weeks, staff has been compiling information for the rating for the bond selling. Frost Bank along with another firm will be handling and managing the bond selling.

Kemp explained if everything goes according to plan the funds will be in the account by the middle of September. From there, staff will be working along side the bond attorney and director of fixed income banking (financial attorney) and architect to start the six-month process before going out for bids. The process includes getting together blueprints for the projects architecture, schedules for the projects, programs and all information for the projects entailed in the bond. Kemp shared the bonds projects will go out for bidding at the end of March or beginning of April, and once contractors are awarded, a brand new elementary school will be finished 14 months later.

Kemp hopes a big enough contractor company will be awarded, so all four projects can be going on at once. “The community as well as us here would like to see all the projects going on at once,” Kemp said.

The bond consists of four projects. Project 1 is a new elementary school to replace the Faulk Early Childhood campus. A two-story building with the capacity of 750 students to house both Kieberger and Faulk students.

Project 2 consists of building a new 18,800 square foot gym for Aransas Pass High School. The new gym provides a full size UIL gymnasium play area for basketball and volleyball, bleachers, ticket booth and restrooms. The new gym will be an ADA accessible gym with seating for 1,000. The existing gym will stay as is and be used for some physical education classes, practice space and games.

Kemp expressed his excitement for the bond projects to get underway. “Each year the repair and maintenance on these buildings gets more expensive,” Kemp said. “Now, with this bond, we’re maintaining freshness, and being competitive with the surrounding communities. This has been a long time coming for this community number one and for the kids second.”